Veganism means living on products that come from plant, with exclusion of flesh, fish, fowl, animal milk, and all dairy industry product (cheese, butter, yogurt, eggs, honey,etc.), and all other foods of animal origin.

It also excludes the use of animal products such as fur, wool, leather, and silk, items like clothing.

Vegans make efforts to avoid all animal secretions,oils, etc., that are used in many industries such as cosmetics, toiletries, household goods,and other everyday commodities.

Veganism encourages alternatives for these and all other materials from animal sources.

Based on this vegan definition, the practice of veganism is to avoid the use of all animal products in every aspect of daily living, from personal-care items and cleaning products to clothing, jewelry, and footwear.

It compels vegans to find alternatives to commodities typically made from animal products and to make deliberate and dynamic choices about each and every activity in their lives.

Choosing a vegan lifestyle has become very common in recent years and is on a steady rise.

Humans who previously lived under basic conditions in order to survive have reached a point where abundance ishes their world and blurs the boundaries between good and evil and what is not allowed.

It is known that the human body does not need meat in order to live in a balanced and healthy manner and vice versa.

Many studies have repeatedly shown that eating meat and animal products is high in fat and cholesterol and can harm a healthy lifestyle.

Raising livestock for eating requires unbalanced resources from nature and the environment.

They disrupt the ecosystem and significantly increase the gap between natural and forced.

The livestock industry requires utilizing 70% of the world’s agricultural land.

This industry is the central cause of Amazon rain forest, water pollution and greenhouse gas emissions by a percentage times higher than the natural amount.

It is hard to ignore the fact that in order to fulfill our lusts we are explicitly ignoring the basic animal rights to live with dignity.

Animals do not get a good and peaceful life as our consciences command us.

But the meat industry does much more than killing animals.

They also torture them and violate them sexually.

Animals are chained(in the meat industry), they are hit, they are caged, they are separated from their families.

This is standard procedure. It’s about more than just the meat industry though, vegans don’t consume anything that comes from animals.

There are two main reasons for this:

A-Because just like the meat industry, the dairy & egg industries also engage in torture, restriction of movement, void of consent, and yes even murder.

Male baby chicks who cannot lay eggs are put into grinders alive and are suffocated to death in trash bags.

Mother cows are impregnated, have their babies stolen, and then have their milk stolen.

B-We are also against dairy and eggs industries because anything an animal produces belongs to that animal.

They made it and it is theirs. All Animals produce the things they do with purpose.

As vegans we do our best to end the animal’s testing.

These animals are caged, tortured, and exposed to stressful, painful, and deadly situations.

Many hair and make up products are tested on animals.

Many medical and science tests are performed on animals.

This widespread practice continues despite the fact that

– Often animals bodies do not respond to medications in a way in
which human animals would, leaving the tests completely useless.

– Many of these experiments have been done many times over and we already know what the results will show.

This practice continues often simply to fill the pockets of those experimenting with grant money.

This means we do not go to zoos, aquariums, or the circus.

Animals do not exist to entertain humans.

2. Go Vegan for the environment

While industrial agriculture is far from being perfect, it has a far smaller impact on the environment in comparison to animals agriculture.

The animals themselves and the crops they need to feed on must use (extra) water and be transported using lot of fossil fuels.

3. Going Vegan For Your Health

Dairy causes excess mucus. There is absolutely no problem(issue) getting everything a body needs on a vegan diet.

Some people experience improvement in their skin and hair as well when going vegan.

It is well documented that a vegan diet increases life expectancy.

Lentils for instance, which can feed one person for over a day, are typically around $1.30 a bag.

Rice, CousCous, Pasta, Beans, Eggplant, Potatoes, are the base of most vegan meals are some of the cheapest items you can find in a grocery store.

How to go vegan ?

Take it slow when transiting to veganism, do it right and not just an overnight choice. Try new things related to veganism, new vegan recipes, new lifestyle…Keep learning and don’t stop on your first day, ask for help from other vegan people and remember why you are transiting to veganism. The most important thing “Don’t give up” because there are times when you might feel really lonely and you will have to accept the fact that your favorite restaurant

What does being a vegan mean?

A vegan is an individual who abstains from consuming, wearing or using any animal or animal products.  It means saying “no” to cruelty and the destruction of the environment and “yes” to a compassionate, healthy life.

What foods can I eat on a vegan diet?


People have this misconception that a vegan diet is limiting but I find it to be the complete opposite. I started frequenting markets, shopping online and following some vegan cooking blogs and it turned out the possibilities are endless.  I’m an advocate for whole, natural foods so just because Oreo’s are vegan doesn’t mean you should eat it.  On a vegan diet you can enjoy: fruits, vegetables, legumes, nuts, seeds, oatmeal, soups, pancakes, burritos. cakes, lasagna, tempeh, vegetable milks and cheeses…the list goes on and on and on.

What is clean eating?


Eating clean is the practice of eating fresh, whole foods as close to their natural form.   It also means avoiding processed foods which unfortunately make up the majority of the standard American diet such as white bread, hydrogenated oils, table sugar and preservatives.  A good rule of thumb is if a food won’t naturally decompose within a week or two it should be avoided.  Pop-tarts would survive a zombie apocalypse so imagine the impact they have on your health and waistline.

Will I be able to lose weight on a vegan diet?


Undoubtedly yes!  Most people that transition to a clean eating vegan diet note weight loss as a positive side effect but of course the trick is eating clean.  You can be a junk food vegan who eats Oreo’s, chips and other processed garbage but to lose weight and live a healthy life you need to eat whole, natural foods.

What are some of the health benefits I can expect from a whole foods, plant based vegan diet?


The health benefits that come along with eating a vegan diet are a huge motivator behind people’s decision to make the change. The consumption of less animal based foods and more plant based ones leads to lower blood pressure, weight loss, increased amounts of energy, healthier hair skin and nails, lower cholesterol, decreased chance of cancer and other degenerative diseases and a total reversal of diabetes, hypertension and heart disease.

What about eating at restaurants, is it possible to eat out as a vegan?


Restaurants are becoming more aware of the vegan health movement and are starting to cater more to our dietary needs.  Large cities tend to have more strictly vegan eateries, I’m looking at you Portland, but since we all can’t live in a big city there are tricks to ordering vegan items from some of your favorite restaurants.  Always ask for your food to be cooked in oil instead of butter or better yet lose the fat all together.  Meals can easily be modified without meat, egg or cheese and remember to always do your research before eating out.  I recommend using the Happy Cow which is a searchable dining guide for vegetarian and vegan restaurants and please, please, please always carry healthy snacks with you so you never have to turn to unhealthy, processed, non-vegan foods.

How Many Tablespoons in a Cup,

How Many Teaspoons in a Tablespoon?

There are three teaspoons in one tablespoon.

How Many Tablespoons in a Cup?

There are 16 tablespoons in one cup.

Keep this conversion chart handy so you’re never left guessing how many teaspoons are in a tablespoon or how many tablespoons are in a cup. Whether you bookmark it or print it out (click the Print button below!) it’s useful to have on hand when having to make adjustments to recipes.

Are Dry and Wet Measurements the Same?

Wet cups and dry cups are measured the same, as are wet and dry tablespoons and teaspoons. It’s important when measuring wet ingredients that you use a liquid measuring cup. While the amount you’re measuring is the same as if it were dry, a liquid measuring cup allows you to reach the measurement you want without having anything spill over.

Wet and dry ounces, however, are not the same. Ounces refer to the weight of an ingredient, meaning that it can vary from ingredient to ingredient.

My Recipe Calls for a Dash—How Much Is That?

Even though amounts like “dash,” “pinch” and “smidgen” sound like cute nicknames for the same thing, each term roughly equates to a common amount.

Chances are you won’t be able to measure any of these exactly but having an idea of how much you’re aiming to add can be helpful in balancing flavor in your recipes. 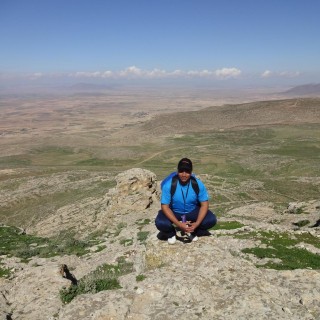